The Copper Cafe will be re-opening for the summer season at Easter 2017. Look forward to welcoming you all here 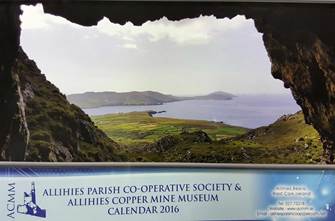 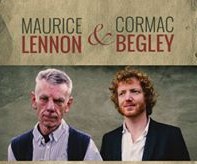 Tickets are on sale now for Maurice Lennon and Cormac Begley performing in the Copper Mine Museum, Allihies on December 20th at 8pm.
Maurice Lennon is a founding member of the band Stockton’s Wing and in the last 10 years has performed with people such as Ronnie Drew, Liam Clancy, Sean Keane, John Prine, Sharon Shannon, Finbarr Furey & Johnny McEvoy.
Cormac Begley is a bass, baritone, treble and piccolo concertinas player from a well-known west Kerry musical family. He is a founder of the award winning ‘Tunes in the Church’ live concert series and in 2014 he was awarded the prestigious Sean O’Riada Award for concertina playing.

[darkblue]The museum is housed in the Methodist church built in 1845 for the Cornish miners who came to work in Allihies. It tells the story of copper mining at Allihies from the Bronze Age right up to the 1960s. The visitor will find out about the geology, history and geography of this unique place through artefacts, models, multimedia and our small library. Many of our exhibits can be handled and there are some surprises to discover along the way. See a model of the Man Engine that took miners down to the copper veins - the only one ever installed in Ireland![/darkblue] 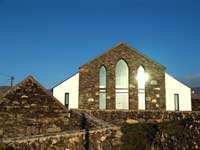